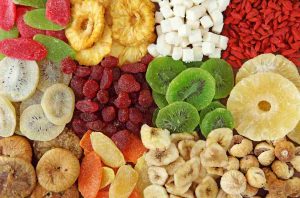 As some foods reduce the symptoms of period, some other foods are also harmful for this period and it is necessary to avoid them.

Harmful foods during period are often foods that increase inflammation or bloating:

Foods that cause gas, such as cauliflower or Brussels sprouts

In addition, reducing sodium consumption is an effective factor in reducing bloating and weight gain associated with periods.

A 2019 study showed that increasing sodium intake increases the likelihood of bloating in a person. Of course, this study examined bloating in general and not just period bloating.

According to the recommendation of the American Heart Association, most people should not consume more than 1500 mg of sodium per day. Keeping sodium levels below this level will help reduce bloating.